Home / About / Board of Directors 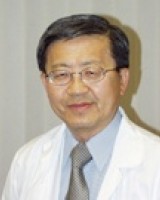 Dr. Chui Kin Yuen has spent most of his life dealing with women's health issues. In recent years, he has focused on practice, education and research in menopausal health (including hormones, osteoporosis, incontinence and sexuality). With the assistance of his university colleagues, he co-chaired a large epidemiologic study on Osteoporosis: MOMM (Maximizing Osteoporosis Management in Manitoba). He established a Midlife Women's Learning Centre and a Women's Health Research Unit at Manitoba Clinic, a large multi-specialty clinic of 70-plus physicians. He served as Chairman of the Clinic for seven years.

His belief in SIGMA (Special Interest Group on Menopause and Aging) started in 2000, after meeting Dr. Elaine Jolly. With dedication from all the founding members, the dream became a reality: the birth of SIGMA Canadian Menopause Society.

Dr. Yuen currently serves on the Scientific Advisory Council of Osteoporosis Canada and is a founding member and ex-treasurer of Western Osteoporosis Alliance. He was a member of the Manitoba Drug Standards and Therapeutics Committee; a past Regional Chair of SOGC; a past councillor of the College of Physicians and Surgeons of Manitoba; and a board member of the Manitoba Medical Association. 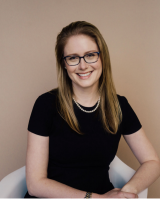 Dr. Kelsey Mills obtained her honours undergraduate degree from Mount Allison University and her medical degree and residency in Obstetrics and Gynaecology at the University of Toronto. She completed a fellowship in Mature Women’s Health at Mount Sinai Hospital, Toronto. She obtained her Master of Science in Health Science Education at McMaster University.

Dr. Mills has been a North American Menopause Society Certified Menopause Practitioner (NCMP) since 2013 and has previously won the SIGMA Young Canadian Menopause Scholar Award, the NAMS/Teva Women’s Health Resident Excellence Award and the NAMS New Investigator Award. She is currently a Consultant Obstetrician and Gynaecologist in Victoria, BC where she has a complex menopause practice. She is an invited speaker at provincial, national and international conferences. She is a Clinical Associate Professor at the University of British Columbia and Affiliate Associate Professor at the University of Victoria. 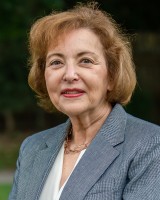 She has contributed to gynaecologic knowledge via her previous 10 year position as co-chair of the National Guideline Committee for Gynaecology for the Society of Obstetrics and Gynaecology of Canada,as well as her guidelines, publications, and national and international presentations. 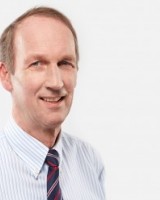 Dr Rowe graduated from the University of Adelaide and completed his postgraduate training at the University of Sydney, the London Hospital, and at Dalhousie University. He is an Associate Professor Emeritus in the Department of Obstetrics and Gynaecology at the University of British Columbia, having been Head of the Division of Reproductive Endocrinology and Infertility until 2013. From 2005 to 2016, he was Editor-in-Chief of the Journal of Obstetrics and Gynaecology Canada, and he edited the SOGC’s Clinical Practice Guidelines on Menopause and Osteoporosis in 2004, 2006, 2009 and 2014. He has published 11 book chapters and over 180 journal articles and editorials, and (with Victor Gomel and Malcolm Munro) co-authored the textbook Gynecology: A Practical Approach. In 2017 he received the SOGC’s Distinguished Service Award, and in 2019 was awarded Honorary Membership of the Canadian Medical Association. His clinical practice is in reproductive endocrinology and infertility, with a focus on the management of menopausal symptoms and morbidity. His hobbies include making tea and pointing out deficiencies in public services. 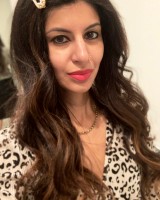 Once graduating from residency, she entered into practice with a focus on low-risk obstetrics, labor and delivery, contraception, breastfeeding, and general women's health. Dr Premji then received her NAMS certification in 2015 and has since, been running a menopause clinic within her general family practice.

In January 2018, she built and opened her very first medical clinic Mahogany Medical Clinic which has a focus on women's health. In July 2019, she opened her second medical clinic The Village Medical after the success of her first clinic. She now has a wonderful team of 8 physicians (6 female physicians) with an emphasis on prenatal care, breastfeeding, postpartum care, pelvic floor health, and care of the peri-menopausal woman.

In November 2019, she was awarded the very prestigious title of Top 40 Under 40 with Avenue Magazine. Dr Premji is also the Physician Lead for the South Calgary Primary Care Network where she helps to disseminate new standards and guidelines and advocate for better care for women of all ages. 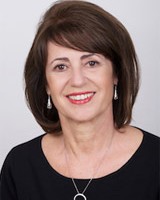 Dr. Bouchard is a Canadian Obstetrician Gynecologist practicing in  Quebec City with special interest in menopause and vulvovaginal diseases. She is a Fellow of the International Society of Vulvovaginal Disease (ISSVD) and is recognized for her expertise in this field by many of her colleagues. Dr Bouchard has been involved in women’s health research for many years and involved as co-investigator in many trials on menopausal hormone therapy. She sits on the Editorial Board of the NAMS Journal “Menopause” and on the Editorial Board of the Journal of Obstetrics and Gynecology of Canada. She is an active member of the Canadian Menopause Society and is responsible for the Quebec regional section for the Society. 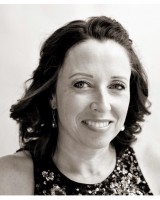 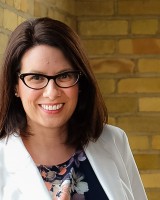 Debra completed her Bachelor of Science Degree at the University of Winnipeg in 2003, and was accepted into the University of Manitoba’s Faculty of Medicine that year.  She graduated in 2007, then continued on to her residency in Obstetrics and Gynecology. Following her Royal College exam, she moved to Toronto for fellowship with Dr. Wendy Wolfman. She completed this fellowship, Menopause and Mature Women’s Health, in 2013. She has now moved back home to Manitoba, and currently has a position as Assistant Professor with the Department of Obstetrics, Gynecology and Reproductive Sciences at the University of Manitoba. 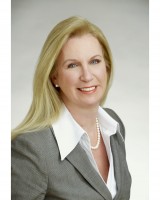 Dr. Susan Goldstein is a community-based Family Physician and Assistant Professor in the Department of Family & Community Medicine at the University of Toronto.

Her clinical and research activities reflect her special interests in medical education, faculty development, and mature women’s health.  She is a menopause practitioner certified by the North American Menopause Society. Her menopausal assessment tool, the MQ6, and treatment algorithm, were published in the April 2017 Canadian Family Physician.  She has presented locally and nationally on topics related to Menopause.

Dr. Goldstein is the recipient of a number of honours and awards, including the 2014 W.T. Aikins Award for Excellence in Undergraduate Teaching, Faculty of Medicine, University of Toronto, and the Award of Excellence from the College of Family Physicians of Canada. 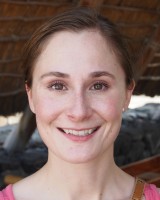 Dr. Renee Morissette did her medical school and Family Medicine residency training at the University of Saskatchewan. She has also completed an extra year of residency in Enhanced Surgical Skills and gained a Certificate of Added Competence in Emergency Medicine.  Dr. Morissette is a NAMS Certified Menopause Practitioner. Since December 2016, she has been practicing at the Women’s Mid-Life Health Clinic of Saskatchewan, providing menopausal consultation services. In addition to helping women from across the province through the menopausal transition, she is also active in teaching medical learners and educating the public about women's health. 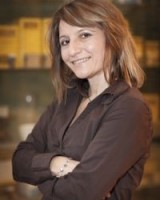 Dr Nese Yuksel is currently a full Professor with the Faculty of Pharmacy and Pharmaceutical Sciences at the University of Alberta. Additionally, she holds a cross-appointment with Alberta Health Services and practices in the Menopause Clinics at the Lois Hole Hospital for Women and the Multidisciplinary Bone Health Clinic at the University of Alberta Hospital. Her research goals include bridging her interests in women’s health, osteoporosis and practice-based research to develop innovative techniques to enhance patient care. Dr. Yuksel is a NAMS Certified Menopause Practitioner (NCMP). She is also on the Board of Directors for Canadian Menopause Society / Société Canadienne de Ménopause (CMS/SCM) and a member of the Executive Committee of the Scientific Advisory Council of Osteoporosis Canada. She was the recipient of the CPhA Canadian Pharmacist of the Year in 2016.

Dr. Shea is an Assistant Professor in the Departments of Obstetrics & Gynecology and Psychiatry at McMaster University.  She completed a fellowship at Mount Sinai Hospital in Menopause and Reproductive Mental Health in 2017, following her residency in Obstetrics and Gynecology at the University of Toronto. Prior to her medical training, Dr. Shea earned an MSc in Neuroscience and Behavioural Sciences at McMaster University in 2003 and a Ph.D. in Medical Sciences in 2007 from the University of Toronto, with a focus on women’s reproductive mental health. She is the Director of the Menopause Clinic at St. Joseph's Healthcare in Hamilton and a member of the North American Menopause Society Education Committee. 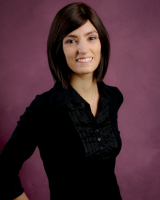 Jeanne Bouteaud is an obstetrician-gynecologist at the CHUM in Montreal, Canada. She studied medicine at McGill University and then her residency at the University of Montreal. She completed her post-doctoral training with the “Mature Women’s Health Fellowship” under the supervision of Dr. Wendy Wolfman at Mount Sinai Hospital in Toronto. She specializes in the management of menopause as well as gynecological sequelae in cancer survivors. She also has an interest in the follow-up of patients carrying genetic mutations at high risk of gynecological cancer.

She is completing specialized training in quality of care via the “Centre for Quality Improvement & Patient Safety - CQUIPS” at the University of Toronto and is active in several quality improvement projects.